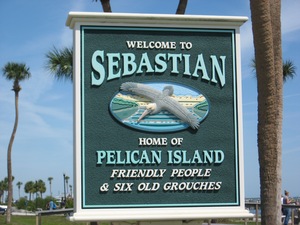 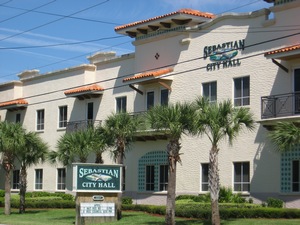 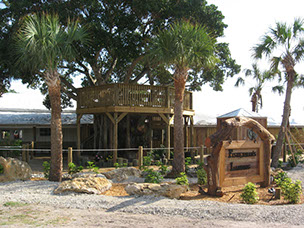 The City of Sebastian, Florida is located in Indian River County approximately midway through the east coast of the Florida Peninsula between Melbourne and Vero Beach in a region known as the Treasure Coast. Sebastian is an easy commute to the Orlando and West Palm Beach Airports, while the Melbourne International Airport is thirty minutes north. Sebastian is recognized as the home of Pelican Island, the first designated wildlife refuge in the United States. Click here for an interactive map of Sebastian and Florida to gain reference to views around the local area and the entire State.

Sebastian is in the Indian River County School District, which is among the highest-ranking systems in the State of Florida, having public, charter and private primary and secondary schools.

The City has a year round average temperature of 73.4 degrees.  Along Indian River Drive, you'll find shops, restaurants, and parks which host several City festivals each year including the now famous Sebastian Clambake held each November. The community also conducts monthly arts and crafts shows, concerts in the park, and operates an airport and championship golf course.  All of this is within a central location that has easy access to I-95 and the Florida Turnpike.

The City of Sebastian boasts beautiful parks, and an unobstructed view of the intracostal waterway, locally known as the Indian River Lagoon.  Sebastian's dazzling riverfront district is in close proximity to Atlantic Ocean beaches.

With a grant of over $3 million dollars, the City of Sebastian is well into the process of creating a "Working Waterfront" on the Indian River. The project is now known as "Fisherman's Landing Sebastian". Already, one building has been restored to include a large, working fish market Eatery featuring fresh local caught fish and the Sebastian Fishing Museum.  Construction is underway (November 2015) to restore and rebuild the fish piers and fish house as well as installation of board walks along the Indian River.  The last phase of the project expected to be funded in 2016 will include an Ice House, viewing pool and more waterfront restoration along the edge of the Lagoon.  When completed, "Fisherman's Landing Sebastian" will be a major tourist destination for Sebastian on the Treasure Coast.

Welcome to Sebastian where retirement is easy!